About Us
|
Our Family
|
Testimonials
|
In The News

Our staff is comprised of dedicated and licensed professionals with the experience to answer all your questions regarding our services. Please feel free to contact any of our staff members at any time. 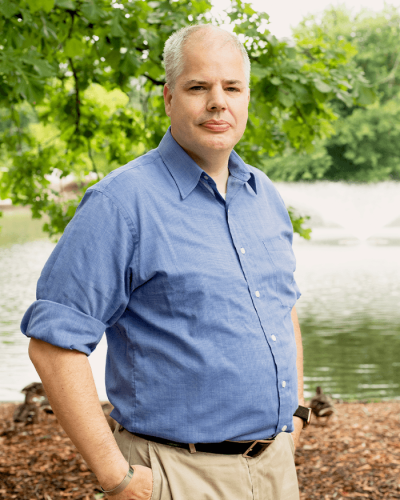 Daniel is a second generation licensed Funeral Director and U.S. Army Reserve Soldier, following in his father’s footsteps of military and funeral service.  Daniel was literally born and raised into the funeral industry, learning to serve families with integrity first-hand from his late father, Irving Symonds Jr., who owned several funeral homes in Chicago, Highwood, and Grayslake, Illinois. Daniel strives to uphold the high standards his father set for him every day.

In addition to working in funeral service, Daniel has served four tours in Iraq and Afghanistan as a U.S. Army Reserve Soldier. Daniel enlisted in the Army to serve his country six months after the attacks on September 11, 2001. He has also served throughout the world on training missions in Panama, Germany, Korea, and Malaysia.

Daniel is currently a Master Sgt for U.S. Army Reserve Public Affairs. Daniel is proud to have come from a long line of military service, dating back to the Civil War, starting with his Great-Great Grandfather, Private Daniel Rufus Symonds, his namesake.

Daniel earned his Associate’s Degree in Mortuary Science at Chicago Citywide Mortuary School and has earned his Bachelor of Arts Degree in Television Production from Chicago’s Columbia College of the Arts. Daniel has been a licensed funeral director in the state of Illinois for over 25 years, and he also holds licenses in Indiana and Michigan.

Dan serves on the executive board for American Legion Post 57 in Elgin. He is also a member of the Illinois Funeral Directors Association (IFDA), Veterans of Foreign Wars (VFW) Post 1307,  the Elgin Area Historical Society, Loyal Order of Moose Lodge 799, the Elgin Lion’s Club, the Elgin Patriotic Memorial Association, and the Sons of the Union Veterans of the Civil War Camp #2, and is a former member of Kiwanis Club of Elgin.

Daniel is a member of Good Shepherd Lutheran Church in Elgin.  Dan and his wife Joy have two daughters, Emily and Vivienne. 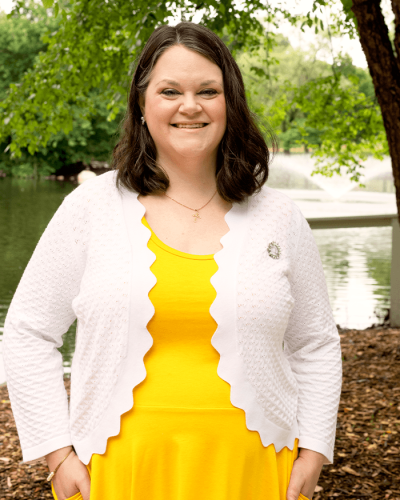 In partnership with her husband, Daniel, Joy handles day-to-day operations at Symonds-Madison Funeral Home, with a special focus on family services and community engagement.

Among her many duties, Joy writes obituaries for the families we serve, and she takes pride in telling their stories in a personal and meaningful way.

Joy oversees the activities of Operation L.O.V.E., a community project to connect volunteers with veterans in need.

She organizes public events that allow us to connect with and give back to the community, including bereavement and funeral pre-arrangement seminars and our annual Trunk-or-Treat Halloween event for families.  As a licensed insurance agent, Joy also handles pre-arrangements for families who plan ahead for their funeral expenses.

Joy brings an extensive background in marketing and public relations, previously serving as Director of Communications for the Department of Attorney General for the State of Michigan.

Joy is an active volunteer leader in the greater Elgin community.  Joy is a member of the American Legion Auxiliary for Post 57, the VFW Post 1307 Auxiliary in Elgin, and the Elgin Patriotic Memorial Association.  She serves on the Patient Family Advisory Council for Advocate Sherman Hospital, where she volunteers with the Family Birthing Center, Community Heroes Committee and the Advocate Sherman Foundation. She received a Downtown Elgin Service Award for her volunteer contributions to the 2019 Elgin Winter Wonderland Festival. Joy is a board member for two Elgin-based nonprofits, True Patriots Care and Peace Through Pain. She is a member of Good Shepherd Lutheran Church in Elgin.

Her proudest role is that of mom to her daughters, Emily and Vivienne. 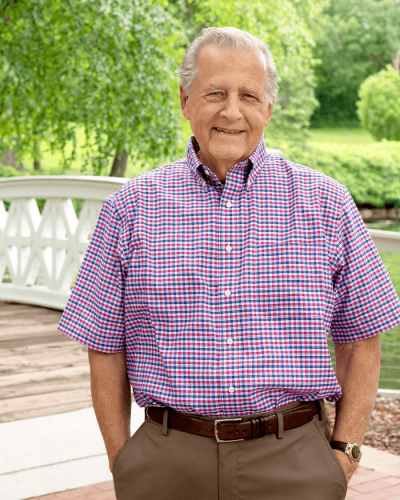 Val has been a licensed Funeral Director and Embalmer since 1963.   He was born in Latvia but became an American citizen raised in Chicago after his parents fled to the United States to escape Soviet communism.

Val attended Wright College, Ray-Vogue Art School, and graduated from Worsham College of Mortuary Science. Val also pursued a second career in the aerosol products industry, ultimately retiring as a Vice President of Manufacturing and Purchasing.  Following retirement, Val returned to the funeral industry to serve families in their time of need.  He joined Symonds-Madison Funeral Home in 2008, and is dedicated to excellence in service, integrity, compassion and personalized care.

Val is a member of Oak Lawn Lodge #1166, a 32nd Degree Scottish Rite Mason, and a proud Medina Shriner.  Val and his wife, Ariel, have been married for more than 56 years.  Together they have four children and 12 grandchildren.  He has been helping families in their greatest time of need, in the Chicagoland and Elgin community for more than 56 years. 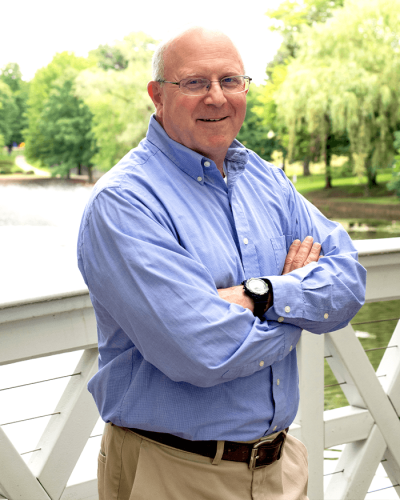 Robert is a licensed Funeral Director and Embalmer for over 30 years, following his father and grandfather in serving the families of the Elgin community. He was born and raised in Elgin, and is a graduate of St. Edward Central Catholic High School (’77) in Elgin.  He is a graduate of Worsham College of Mortuary Science, and holds a  Bachelor of Arts Degree in Human Services and a Master of Arts Degree in Organizational Leadership from Judson University.

Robert joined the Symonds-Madison Funeral Home family in early 2014, to bring his expertise to the residents of Elgin, and the surrounding Fox Valley area with integrity, honor and compassion. Jimmy is a welcoming face at Symonds-Madison who serves families with warmth and compassion.  He has been an Elgin resident for more than 25 years, and currently lives in the Gifford Park Neighborhood, just down the street from the funeral home.

Jimmy is a native of Minneapolis, Minnesota, which is why he remains a lifelong fan of the Minneapolis Vikings and the Minneapolis Twins. Later in life, Jimmy lived in Connecticut and Colorado, before moving to Elgin.

Jimmy is a trained Chef with extensive experience serving the public in the restaurant industry. He studied accounting, business, and technology at Red Rocks College in Golden, Colorado. He has owned three businesses and has extensive experience in sales and marketing. 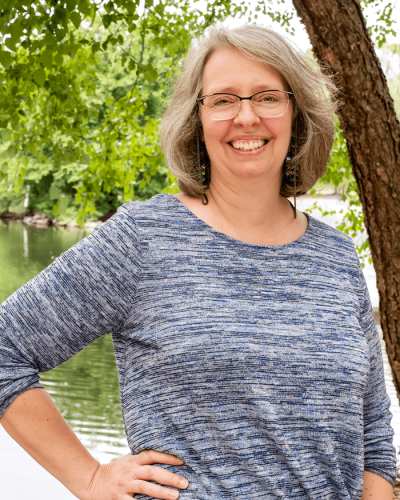 Jennifer, an Elgin resident since 1997, joined Symonds-Madison in July, 2020. She uses her administrative skills to keep the office organized and running smoothly.

In 1998, after almost ten years as a secretary at several law firms and a medical office, Jennifer left the work force to raise her family, homeschooling her two daughters, Emily and Abby, from kindergarten through high school. During that time, Jennifer kept up her administrative skills by leading a 4-H club, working on the board of a homeschool co-op, and coaching and mentoring her younger daughter’s robotics team.

Now that her daughters are grown, Jennifer enjoys the opportunity to work at Symonds-Madison and serve her neighbors in Elgin and the surrounding communities.

Jennifer and her husband, Warren, have been married for over 25 years.  They are members of Christ Community Church in St. Charles.  Her hobbies include sewing, knitting and crochet, art journaling, learning new software, and cuddling with her boxer pup, Gideon.

If you need our services immediately, please call us.
We will begin the process of bringing your loved one into our care right away.

The appearance of U.S. Department of Defense (DoD) visual information does not imply or constitute DoD endorsement.

About Us
Our Family
Testimonials
In The News

A year of daily grief support

Our support in your time of need does not end after the funeral services.  Enter your email below to receive a grief support message from us each day for a year.  You can unsubscribe at any time.